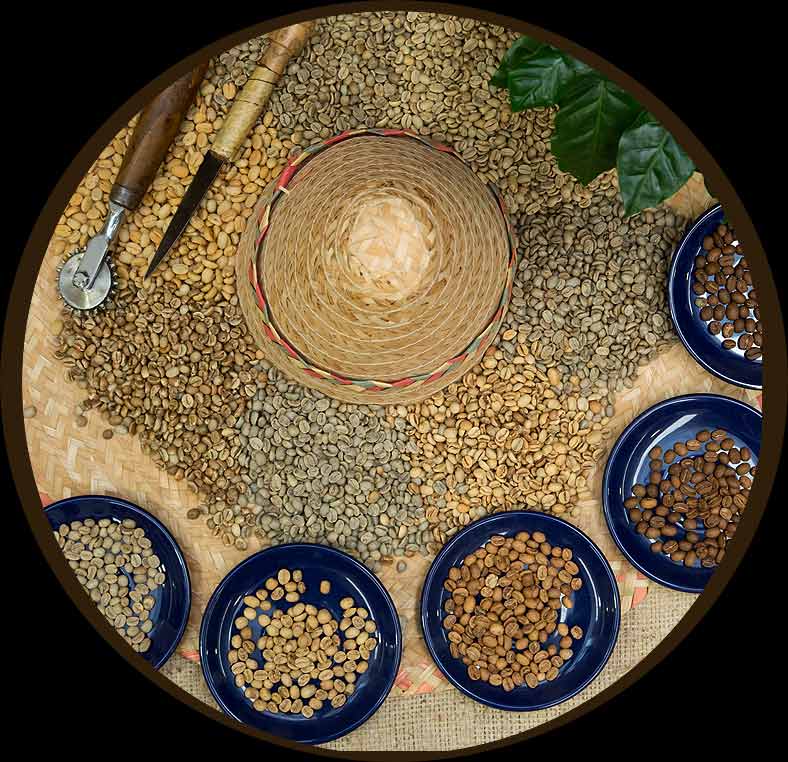 The story of the discovery of coffee's properties and it’s spread around the world is one of the most fascinating and curious tales we know.

Amongst many plausible myths, what we can say with enough evidence is that its native land was Ethiopia, more precisely the region of Kaffa; from here, around the 14th century, it reached Yemen where it thrived.

Because of the restrictive policy of the Arabs, who did not want to spread the benefits of discovering a medium that freed them from fatigue in a few minutes, no fertile seeds were allowed to cross state borders for a long time.

Until 1616, with the growth of maritime trade, through the great port of Mocha, which was certainly one of the busiest, coffee was spread in every direction and its triumphal march into the world began.

The Arabic word 'qahwa' originally referred to a beverage made from the juice extracted from certain seeds, was consumed as a dark red liquid, which, when drunk, had stimulating and energising effects, and was also used as a medicine.

We passed from the term 'qahwa' to the Turkish word 'qahvè' through a gradual narrowing of the meaning, and this word was translated into Italian as 'caffé'. This origin is challenged by those who claim that the word coffee comes from the name of the region 'Caffa' in Ethiopia where the plant grew wild.

Coffea Arabica is a shrub that belongs to the Rubiaceae botanical family, it is native to Africa (Ethiopia) and later spread to other tropical regions of the world.

It prefers high-altitude cultivation and loves altitudes above 1,000 metres, where the climate is tropical but colder and drier.

Its flowers are white, very fragrant and star shaped. These flowers produce the fruit, a green "berry" that turns red as it matures (hence the name "coffee cherry"), which contains the precious beans of the much-appreciated Arabica quality.

In the cup, it releases bitter notes, and its caffeine content is rather low (about half that of Coffea Robusta).

Coffea Robusta, or Coffea Canephora, accounts for about 40% of the world's coffee crop (Arabica quality 60%. Liberica/Excelsa quality under 1%).

It is an evergreen shrub native to West Africa, which is now grown in almost all countries in the intertropical belt. The flowers and fruits are very similar to those of Coffea Arabica, although the coffee beans are smaller, rounder and contain more caffeine (about twice as much).

Unlike Coffea Arabica, Robusta quality is grown at lower altitudes (below 1,000 metres) and is therefore more resistant to external threats such as diseases and temperature changes.

In the cup, the presence of Robusta provides greater creaminess and a pleasant hint of bitterness.